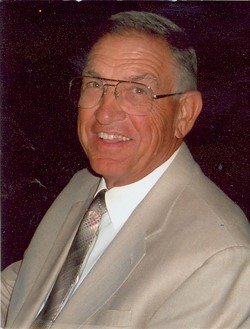 In “Day 27” of my thankful journey posts, I promised I would continue with “Day 28” on August 9. The past week and a half held many blessings, but one calendar addition came a little unexpectedly. How so? Allow me to explain.

Today, August 9, my uncle’s funeral is taking place as I finish typing this post. Uncle Otto  passed away at the age of eighty, and his final few years held the extra challenge of Alzheimer’s disease. For a strong farmer/businessman, a leader in his church and family, understanding and coming to terms with this hard-to-understand I malady weighed hard on Uncle Otto, Aunt Donna, his children and grandchildren. I know all of the family is thankful that they had the opportunity, while his mind was still here, to share final words with him. Then over recent months, we were all thankful for a loving “memory care center” that offered needed support.

But Uncle Otto’s life was beautiful and rich, not defined by his later struggle. So what to be thankful for on this day? I was unable to travel to the funeral, but I have no doubt that much will be shared about family, as children, grandchildren and cousins banter with a smile.